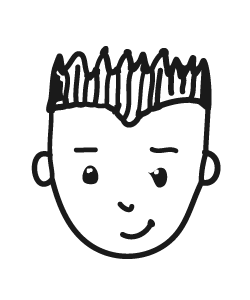 The processing and manufacturing business can seem like a mysterious affair. This blog is designed to uncover the secrets of the industry. My name is Tony. I do not work in the manufacturing or the processing business but I have been studying this subject for some time. I first became interested in this topic when I was in high school. We went on a trip to the local manufacturing plant. I was fascinated by how the plant worked and the goods they manufactured and processed. Although I didn't go into the industry, I have made many friends who work in this sector and they have taught me some pretty cool things.

Gone are the days when auto-service businesses used to collect their waste oil and dump it wherever they deemed it appropriate. Today, laws exist that prevent such practices. Moreover, increased environmental awareness has forced industrial facilities to implement proper waste oil disposal and recycling programs. Therefore, if you own an auto-service facility, you need the services of a waste oil collection partner. The service providers collect sump oil and take it to a recycling plant. The waste oil is cleaned of contaminants making it easy for recycling. What are the steps involved once your waste oil reaches the waste oil recycling facility? Read on for insight.

Ideally, the first step in recycling waste oil is pre-treatment, which is referred to as dewatering. Notably, the waste oil is placed in large tanks for the extraction of water. After dewatering, the main recycling process can begin, and the first step is to filter and de-mineralise the dewatered waste oil. Filtering and de-mineralisation remove inorganic materials as well as additives from the oil, and this goes a long way in producing a refined burner fuel. The process is made possible by mixing waste oil with a small amount of sulphuric acid, then heating the mixture, which is stirred and allowed to settle. After a while, the mixture separates into oil and water, and as the latter part settles at the bottom, it is disposed of as slurry. The de-mineralised oil is then filtered to eliminate suspended fine particles, then run off as a clean burner fuel.

This is an integral stage in the waste oil re-refining process for the simple reason that it produces the all-important de-asphalted lube-oil. This is because the de-asphalted lube oil is a crucial component for the next waste oil recycling step. Propane, the other output in this stage of the recycling process, is also recovered and re-used within the recycling process. For PDA to be successful, it must rely on the solubility of the base oil components as well as the contaminated waste material present in the propane. It makes separation of lubricant oil from waste oil easy mainly when conducted under ambient temperatures.